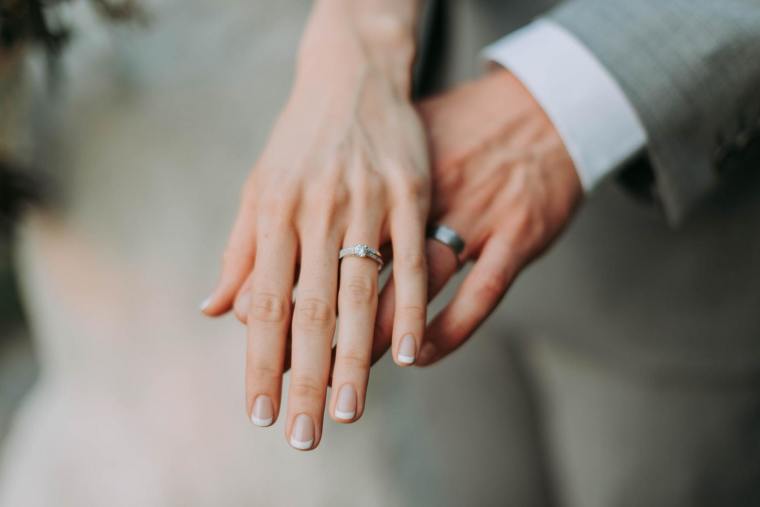 Religious marriages are slightly less likely to end in divorce because religion tends to motivate less cohabitation, a known risk factor for divorce, a new research brief from the Institute of Family Studies suggests. But it’s not the only reason.

The brief, which crunches data from more than 53,000 women ages 15 to 49 from the National Survey of Family Growth from 1995 to 2019, shows how age at the time of marriage is also a factor. And depending on when marriage happens for a woman, the impact of religion on divorce can have no effect.

“Without controls for age at marriage or an indicator for premarital cohabitation, women with a religious upbringing do have slightly lower likelihoods of divorce,” IFS researchers Lyman Stone and Brad Wilcox wrote.

They found that the annual divorce rate among married women with a nonreligious upbringing is around 5%. It was 4.5% for religious women.

Researchers stated that when women go from being single directly into a marriage without cohabiting, they tend to have lower divorce rates than women with the same religious background and age but married after cohabiting.

“This was especially true for religious women who married before age 25. For women marrying after age 30, the relationship seems to flip,” the researchers explained.

However, the estimates for women marrying after 30 were seen as less reliable because researchers only observed women until age 44 in some data while observing women up to age 49 in others.

“Women who married past age 30 had fewer years of marriage included in the analysis. But particularly for youthful marriages before age 20 or in the early 20s, cohabiting before marriage appears to be a major risk factor for divorce,” Stone and Wilcox report.

While the IFS researchers couldn’t conclude how religion can foster a higher likelihood of stable marriages, they presented three possible explanations.

“Religion might induce people to ‘make lemons out of lemonade,’ it might give people institutional or community support, or it might positively alter the quality of romantic pairings,” they wrote.

The report suggests that religion contributes to marriage stability because it changes the experience of marriage and may change who women marry in important ways.

“Religion could alter the potential spouses to which women are exposed. Via church communities, religious women may be able to access a larger and more marriage-friendly pool of potential spouses,” the researchers said.

“Second, religion could alter the criteria that women have for selecting partners. Knowing that cohabitation is disfavored and desiring the companionship of a committed union, religious women might more actively pursue ‘husband material’ partners earlier in life than other women,” they added.

Researchers noted that “religion might alter the dynamics between partners in important ways.”

“Religious women might look for spouses who share values, beliefs, or practices that are important for union stability,” the report states. “Sharing these values might reduce the potential for conflict down the road.”