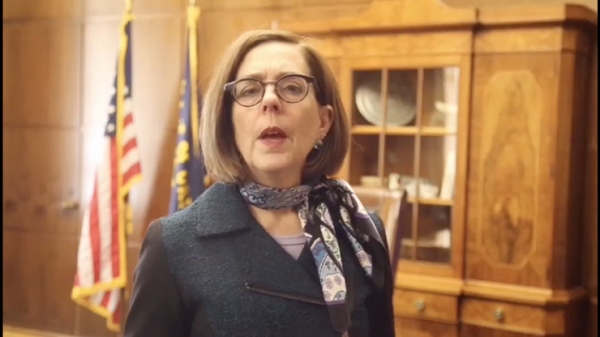 All originally imposed restrictions surrounding religious gatherings have been lifted and changed to be only guidelines. It's a change many church leaders have been pushing for months, claiming the restrictions violated their constitutional rights.

The change came a week before the Archdiocese of Portland's biggest day of the year. Restrictions on how many people could attend Mass, including Christmas Eve and Christmas Day Mass, were changed to guidelines. After taking the weekend to discuss safety precautions and next steps, the archbishop sent out this letter to Catholic churches in Portland, calling the change a "wonderful Christmas gift."

"It’s been an answer to prayer, really," said Msgr. Gerard O'Connor, Director, Office of Command Worship with Archdiocese of Portland. "We think that everyone that wants to go to Christmas Mass this year will be accommodated."

Before the change, Brown had a limit on how many people could attend an indoor religious event. For counties considered to be high risk, which most of Oregon currently is, religious gatherings had to be limited to 25% capacity or 100 people, whichever was fewer. The Oregon Health Authority announced the change in this flyer.

Attorney Steve Elzinga believes this change was made to prevent people's constitutional rights from being violated.

"The main change is probably related to the Supreme Court decision that came the day before Thanksgiving, which said that the Constitution applies even during a pandemic," Elzinga said. "First Amendment rights are still here and they’re still enforceable. The government has a lot of flexibility in regards to battling the pandemic, but it has to do it in a manner that’s equal in terms to how it treats religion. You go into Costco and there’s hundreds and hundreds of people there. It’s not limited to an arbitrary number of 100, whereas churches had that arbitrary limit. So what the Supreme Court said is you can’t have that sort of unequal treatment towards religion."

Earlier this year, more than a dozen religious organizations sued the governor because of her coronavirus restrictions for religious gatherings. Now, it's up to faith leaders to determine what's right for their followers.

"It gives them the flexibility to determine for themselves how they want to hold gatherings in regards to capacity levels," Elzinga said.

For the Archdiocese of Portland, that means less than 50% capacity to ensure social distancing guidelines are followed.

"Say the fire marshal says 800 people are allowed in this building; if you put 400 in there, you couldn’t maintain the six foot distancing," said Msgr. O'Connor, who added that attendees will be required to wear masks while at church.

Msgr. O'Connor urges parishioners to check with their church before attending Mass, since some will still require people to sign up ahead of time. Many churches will also be streaming their Masses online for those who do not feel comfortable attending.