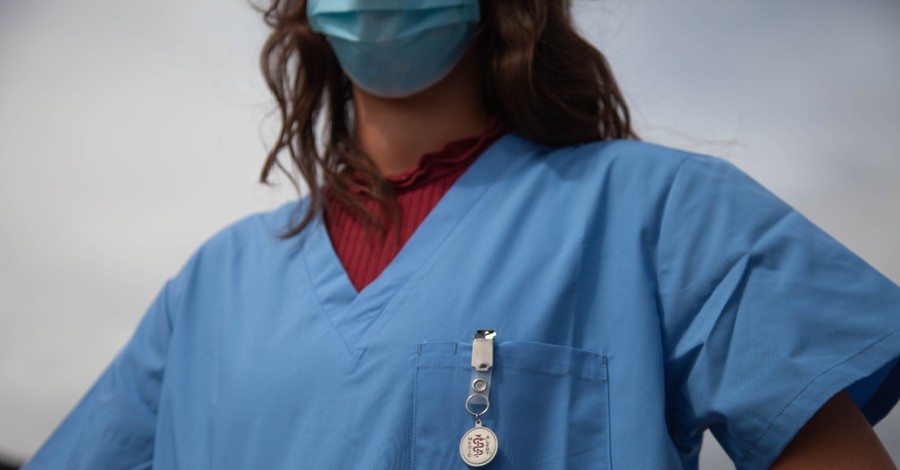 Homosexuality is; if not know, yes  .  if know, against
A Michigan healthcare system violated the religious rights of a professional with 17 years of experience when it fired her after she declined to make referrals for transgender surgery or use patients’ preferred pronouns, according to the law firm representing her.

Valerie Kloosterman was a physician assistant within the University of Michigan Health system in 2021 when she was required to undergo training that contained statements “concerning sexual orientation and gender identity that her Christian faith prohibited her from affirming,” First Liberty Institute, her law firm, said in a letter sent to University of Michigan Health.

Because completion of the training required her to check boxes agreeing with the statements, Kloosterman requested a religious accommodation from her supervisors. They declined her request.

In a July meeting with the representatives of Human Resources and the Department of Diversity, Equity and Inclusion, Kloosterman was asked if she would use “gender identity-based pronouns and be willing to refer patients for gender reassignment surgery,” the letter said. Kloosterman replied that she “could not do so because of her religious beliefs and because of her independent medical judgment,” but that “she would use patients’ names in place of pronouns to respect their wishes,” the letter said.

Her comments, though, angered the director of the Department of Diversity, Equity and Inclusion, the letter said.

“[He] grew hostile, visibly angry with tight fists and a flushed demeanor, and attacked her religious beliefs,” the letter said. “... [He] told Ms. Kloosterman that she could not take the Bible or her religious beliefs to work with her, either literally or figuratively; that given her religious beliefs against gender identity-based pronouns and ‘gender reassignment surgery,’ she was to blame for transgender suicides; and that she was ‘evil’ and abusing her power as a health care provider.”

She was fired the next month.

The letter demands that Kloosterman – who has 17 years of experience – be reinstated. A lawsuit in federal court likely will follow if she is not, the letter said.

First Liberty alleges that the health care system violated her rights under federal and state law and the First Amendment of the U.S. Constitution.

“It’s bad medicine to force religious health care professionals to choose between their faith and their job,” said Jordan Pratt, senior counsel for First Liberty Institute. “Valerie provides excellent medical care for every patient, but she cannot in good conscience refer patients for experimental drugs and procedures that violate both her religious convictions and her medical judgment. Nor can she use biology-obscuring pronouns that violate her religious beliefs and could cause patients to miss potentially life-saving screenings. It is intolerant of Michigan Health to demand that medical professionals like Valerie abandon their religious beliefs and their medical ethics in order to remain employed.”