House Republican introduces anti-trans legislation that could lead to …

that could lead to genital exams for school girls 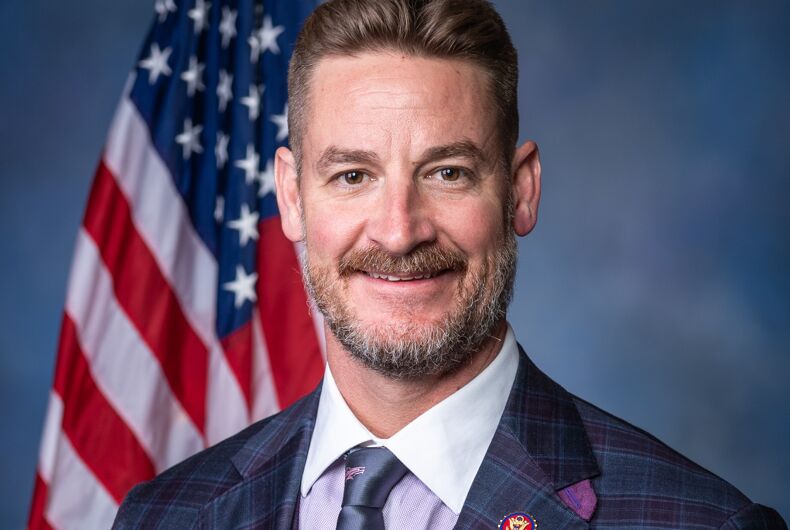 A Congressional Republican has introduced a federal bill that would ban transgender girls and women from participating in school sports.

Rep. Greg Steube (R-FL) introduced H.R. 426 yesterday, which would threaten federal funds to state and local athletics organizations if they allow “a person whose sex is male to participate in an athletic program or activity that is designated for women or girls.”

The bill does not describe exactly how schools should determine what someone’s sex assigned at birth is, just vaguely stating that “sex shall be recognized based solely on a person’s reproductive biology and genetics at birth.”

In a press release, Steube touted support from the United States Conference of Catholic Bishops, a Christian organization run by men that has already attacked President Joe Biden for supporting “further expansions of abortion and contraception.”

Steube said in the release that the point of the bill is to help cisgender women participate in women’s sports.

The bill – which is unlikely to come up for a vote in the Democratic House – would be a direct challenge to the Biden administration’s position that anti-LGBTQ discrimination is already illegal under federal law and that transgender people have the same rights to participate in sports like anyone else.

In a sweeping executive order signed on Wednesday, Biden expanded protections for LGBTQ people and specifically cited discrimination against transgender people in schools.

“Children should be able to learn without worrying about whether they will be denied access to the restroom, the locker room, or school sports,” Biden’s executive order said.

In 2019 and 2020, a wave of Republicans in state legislatures all over the country introduced bills to ban transgender girls and women from school sports, and Idaho Republicans succeeded in passing one such bill, which is being challenged in federal court.

The Idaho law allows for a female student athlete’s gender to be “challenged” and requires the athlete to undergo medical exams to “prove” it. A doctor, the law says, will have to examine the athlete’s genitalia, hormones, and DNA and make a determination of their sex, something that Democrats pointed out is not recommended by the American Academy of Pediatrics.

Steube’s 2021 bill does not say how state and local sports governing bodies should define or check a student athlete’s “reproductive biology and genetics at birth”; all the bill does is threaten their federal funding if they don’t. The bill contains no language banning states or schools from using forced genital or DNA exams on girls and women who want to participate in school sports.

His bill also doesn’t have similar requirements for boys or men who want to participate in sports, meaning that the genital exams would only be for girls and women.

Transgender equality advocates argue that the entire point of this legislation is to deny that transgender women are women.

“Claiming that being assigned male at birth makes one constrained to the category of man and the so-called biology of maleness for their entire lives is tantamount to erasing the embodied and lived experience of trans people. A woman who is trans is a woman,” wrote ACLU attorney Chase Strangio in a Medium article about the GOP attempts to force transgender girls and women out of school sports.

“And all the science we have demonstrates that not affirming trans and gender expansive kids in who they are results in catastrophic mental health consequences including devastating rates of suicidality.”