Big Win! This Wedding Officiant Won’t Be Forced to Perform Ceremonies Against Her Beliefs 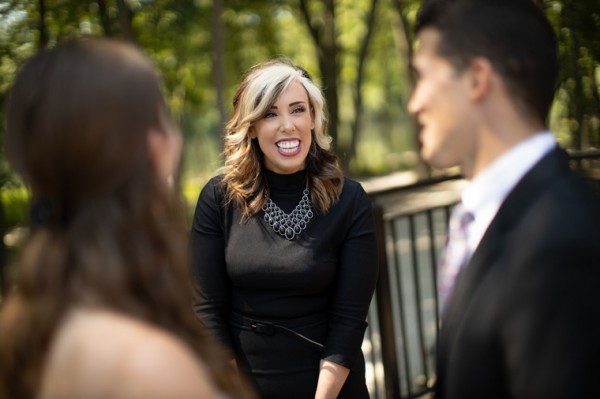 It’s common for ministers and religious leaders to carefully consider which services they perform.

That’s no different for Kristi Stokes, who owns and operates Covenant Weddings. Through her business, Kristi officiates wedding ceremonies and writes custom vows, prayers, and homilies for those celebrations. And she seeks to do that consistently with her faith.

As she developed and grew her business, however, Kristi discovered that the county where she lives, Cuyahoga County, has a troubling law on the books—a law that, similar to other laws across the country, could be used to force her to celebrate and participate in ceremonies that violate her beliefs.

As a Christian, Kristi believes that God created marriage to be between one man and one woman, symbolizing Christ’s relationship to the Church. And she wants to use her talents to celebrate the beauty of marriage as God designed it.

But this law could threaten her ability to do that.

As written, this law requires Kristi as a business owner to officiate same-sex weddings if Kristi officiates weddings between one man and one woman. The law even prohibits her from explaining her beliefs on her own website. And if Kristi refuses to bow to the government and abandon her beliefs, she faces heavy financial penalties. In fact, officials elsewhere across the country have interpreted similar laws to require businesses owners to celebrate same-sex weddings in similar ways, such as forcing them to write wedding invitations.

But forcing Kristi to violate her beliefs is unconstitutional, which is why Kristi decided to take a stand. With the help of Alliance Defending Freedom, she filed a lawsuit against her local government to protect her right to live and work consistently with her beliefs.

Thankfully, in response to the lawsuit, the government acknowledged that it could not apply this law against Kristi, forcing her to violate her beliefs.

Because Kristi doesn’t have a physical storefront, the county decided that she does not qualify as a “public accommodation” and therefore she has the right to use her talents to promote and celebrate the events that are consistent with her beliefs. The county also acknowledged that it can’t force her to solemnize weddings or write scripts even if she did have a physical storefront.

This is an important victory! Any creative professional without a storefront in Cuyahoga County can breathe a sigh of relief—as can ministers and religious leaders who want the freedom to only officiate the wedding ceremonies that are consistent with their beliefs.

In a society as wide and diverse as ours, we must have the freedom to participate in the ceremonies we choose, proclaim the messages we agree with, and practice the beliefs we hold most dear.

And fortunately, Kristi still has this freedom.

This marks the end of the legal road for Kristi, as the local government has assured her that she will not be punished for only performing the wedding ceremonies consistent with her faith.

But our work is not done.

You can rest assured that ADF will continue its work to ensure that the government doesn’t have the power to tell people of faith what messages and events they must promote… under any circumstance.

To stay up to date about how ADF is defending your constitutional rights, sign up for our newsletter.

Sarah worked as an investigative reporter before joining the Alliance Defending Freedom team.