Most Americans Want To Drop Disney For Its LGBT Activism: Poll 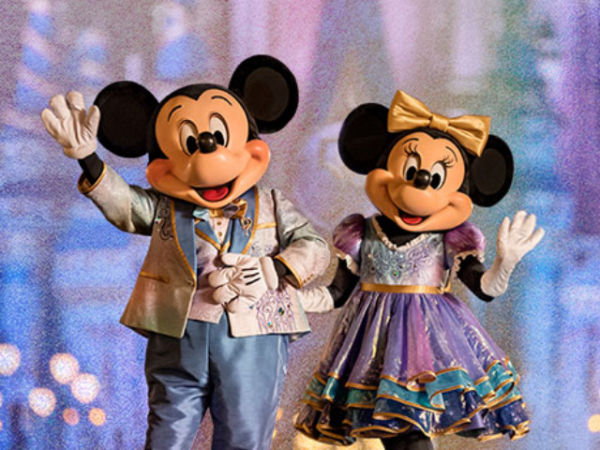 A new survey reveals that a majority of Americans are less likely to do business with Disney because of its LGBT agenda.

A new nationwide survey conducted by the Trafalgar Group has revealed that an overwhelming majority of Americans are less likely to do business with the multinational entertainment and media conglomerate Disney because it is "creating content to expose young children to sexual ideas." The survey was conducted alongside the conservative advocacy group Convention of States Action and asked 1,079 likely general election voters their views on the Walt Disney Company's LGBT activism in the face of Florida's Parental Rights Law.

The Trafalgar Group and Convention of States Action nationwide survey, which was conducted between April 5 and 8, prefaced the questions with the statement, "News reports reveal Disney is focusing on creating content to expose young children to sexual ideas." Then, they asked respondents if the statement made them more or less likely to do business with Disney.

According to the Christian Post, more than half or 57.2% said that Disney's embrace of LGBT activism made them "much less likely" to do business with the media conglomerate, while 11% more said they were "less likely" to do so.

Results showed that only 6.1% sid they were "much more likely" to do business with Disney despite its LGBT activism, while 3.3% said they were "somewhat more likely" to do so. The rest of the respondents, which made up 22.5%, said that Disney's efforts to introduce LGBT ideology to young children would make "no difference" in their decision to work with the company.

Ideologically, the survey found that Republicans were more likely than Democrats to express the need to cut ties with Disney for its LGBT activism. Meanwhile, more than three-quarters or 76% of Republicans surveyed said that they were "much less likely" to conduct business with the media conglomerate and an additional 9.3% said they were "less likely" to do the same.

The survey also found that 18.3% of unaffiliated voters said that Disney's development of "content to expose young children to sexual ideas" would makle "no difference" in their decision to conduct business with the company moving forward. Meanwhile, Democrats were found to be much less likely than Republicans and Independents to say that they would boycott Disney over its LGBT activism. Up to 48.2% of Democrats said they would be "less likely" to do business with the family entertainment company, while 34.2% said they were "much less likely" and 14% said they were "less likely" to do business with Disney. Lastly, 37.4% of Democrats said that Disney's LGBT activism did not affect their desire to work with the company.

The survey comes amidst Disney's opposition to Florida's Parental Rights in Education Law, which limits discussion about sexual preference and gender identity in young children's classrooms. According to Breitbart, an Ohio-based conservative organization called Moms for America is set to launch an effort to transport a busload of concerned parents to demonstrate right outside Disney World in Florida to support the measure.

Moms for America has organized a two-hour protest on Saturday, April 16, during which they and "several" Disney employees who oppose the company's "liberal agenda" will demonstrate and urge the company to "return to its focus of embracing and promoting family values, liberty, and freedom," Rebekah Ricks, president of the Florida Alliance of Moms For America, explained.