School Suspends Christian Student after He Calls Homosexuality a 'Sin'

School Suspends Christian Student after He Calls Homosexuality a 'Sin' 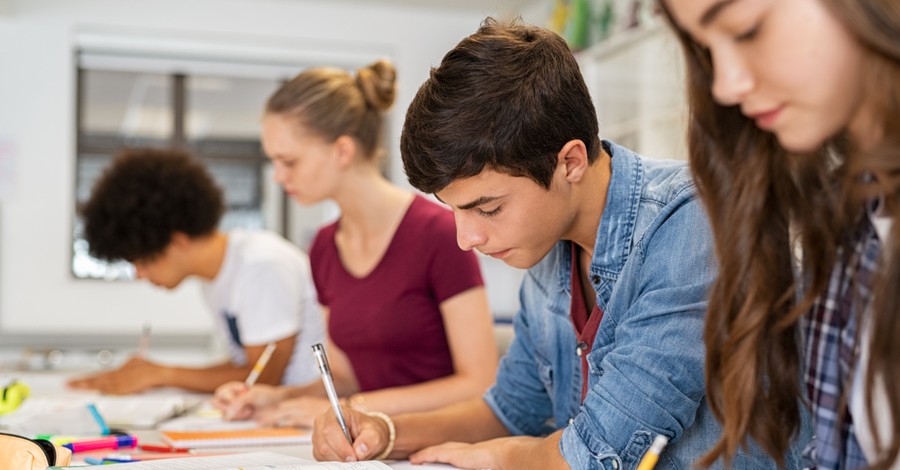 School Suspends Christian Student after He Calls   Homosexuality a 'Sin,' Lawsuit Says
A Michigan high school student who was allegedly suspended for calling homosexuality a “sin” and for failing to report his classmates’ inappropriate jokes filed a federal lawsuit last week, claiming the school’s actions violated his constitutional rights.

Stout, though, says he was only humbly stating his Christian beliefs and that the conversation was private. Stout is a member of the football team and the band.

The Great Lakes Justice Center is representing the family.

“My client’s religious speech and beliefs should be treated with tolerance and respect,” said David A. Kallman, senior legal counsel with the Great Lakes Justice Center. “Public schools may not violate the constitution and enforce a heckler’s veto of student speech. Nothing David did caused any disruption or problem at the school. He has the right to express his opinion in accordance with his sincerely held religious beliefs, without vilification or punishment from the government for holding to those beliefs.”

The controversy began in April 2021, when Stout was involved in an off-campus text conversation with a friend who asked him his thoughts about a classmate “being gay.”

“Plaintiff stated that the Bible teaches that homosexual conduct is a sin and in the Christian context that God created only two biological genders – man and woman,” the lawsuit says. “Plaintiff stated that while homosexual conduct is a sin, however, everyone is a sinner due to freewill choices, and he would pray for them ‘to repent and follow Jesus.’ He also shared that he would extend love toward them because ‘God commands’ it, as ‘Jesus died on the cross for them and extends His love toward them, and all they have to do is accept it.’”

Stout’s friend was offended by his beliefs and eventually ended the conversation.

That conversation and an incident at a band camp formed the basis of the school’s suspension, the lawsuit says. The band camp episode took place in July 2021, when two freshmen band members began telling “inappropriate and immature racial and homophobic ‘jokes’ loud enough for all to hear.” Stout chuckled at the first joke, after which he “politely but firmly stated that they needed to stop.” When they continued, he said, according to the lawsuit, “Enough! You need to stop!” School officials blamed Stout for the jokes because he is a section leader, the lawsuit says.

Meanwhile, the band director allegedly told Stout he “must stop all further conversations regarding his religious beliefs with other students because if any student overheard them, they might feel offended and unsafe,” the suit says.

Stout is asking the court to declare the school’s actions unconstitutional and order the school to clear his record. He is represented in court by his parents.

He had never been disciplined, suspended or expelled before the incident, the lawsuit says.

“Plaintiff’s private text/chat messages and conversations voicing his personal and religious opinions on homosexual conduct were rooted in historic religious doctrine,” the lawsuit says. “... Plaintiff is a Christian, who adheres to the teachings of the Bible and is morally bound to follow the universal, consistent moral teaching of the Christian faith. Further, Plaintiff finds his dignity, personal identity, and autonomy in the exercise of his sincerely held Christian religious beliefs.”

“We have always taught our son to be respectful of everyone’s opinion and to be polite to others, as he was here,” the father said in a statement. “However, tolerance is a two-way street. David is entitled to properly express his faith and beliefs without being disciplined and suspended by Plainwell schools. We trust the court will uphold David’s constitutional rights, and his school record will be cleared.”