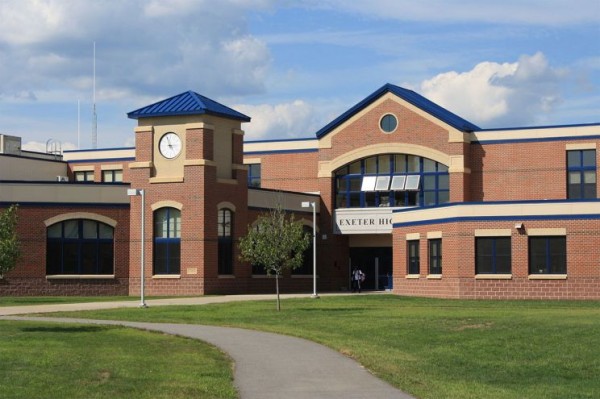 EXETER — An Exeter High School ninth-grader is suing over his one-game suspension from the football team, with attorneys arguing that a classmate’s request to be referred to with gender-neutral pronouns, and the school’s policy of respecting such requests, violated the boy’s freedom of religion.

The boy, identified in the lawsuit only as “M.P.” and his mother, Sheena Simpson, are suing the school district after M.P. was briefly suspended from the football team following a discussion with the vice principal and football coach about the policy, and the boy’s refusal to abide by it.

Gender-neutral pronouns have been gaining recognition, with the singular “them” in place of “him” or “her” being the most common. In 2019, New Hampshire added a gender-neutral “X” option in addition to the “male” or “female” check boxes on applications for driver’s licenses.

The American Civil Liberties Union of New Hampshire estimates there are about 1,000 transgender-identifying students in New Hampshire high schools, based on projections from a national survey.

The report also noted that 48 of the 196 school districts and charter schools in New Hampshire have adopted policies to protect the legal rights and safety of transgender-identifying and gender non-conforming students.

M.P.’s lawsuit, filed earlier this month in Rockingham Superior Court, seeks to overturn Exeter’s policy, arguing that for an observant Christian like M.P., referring to a classmate as “them” instead of “him” or “her” would violate his freedom of religion and speech.

The lawsuit was filed by Manchester attorney Ian Huyett. Huyett is the general counsel and director of policy for Cornerstone Action, a Christian policy group that has advocated against same-sex marriage and for public expressions of religiosity, among other policy goals.

The dispute began with a request from one of M.P.’s classmates, to be referred to with the singular “them” pronoun, instead of “him” or “her.”

On the bus after school, according to the complaint, M.P. and his friends exclaimed that they thought there were only two genders, and another student, identified as “A.G.” turned around in her seat to disagree.

Later, A.G. texted M.P. to continue the debate, which ended with M.P. calling her a “bozo,” according to the complaint, and telling her to “stfu,” an abbreviation imploring her to shut up, involving a profanity.

M.P. was called into the principal’s office the next day, according to the complaint, and after a meeting with the vice principal and football coach, M.P. was suspended from football for a week, a penalty later reduced to just one game.

M.P. does not plan to use the pronouns requested by his classmate, the complaint states, and should not be made to do so by school policy. And even if the text exchange with the other student was heated, the complaint argues, it is still protected free speech.

“Last week, SAU 16 was made aware of this complaint, and we are in the process of reviewing it with legal counsel. Once this review has been completed, we will share a statement,” said SAU 16 superintendent David Ryan.