Ed Stetzer: 'We could all learn from' proposed UMC split

Ed Stetzer: 'We could all learn from' proposed UMC split 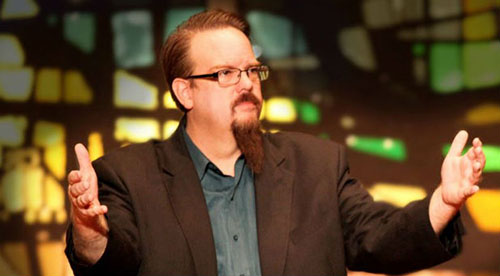 A coalition including worldwide UMC bishops and diverging advocacy groups has unanimously paved the way for the church to split into a new traditionalist Methodist denomination and other Methodist bodies, aimed at embracing varying views on gay marriage and gay ordination.

"If the new denomination takes its orthodoxy on mission, the new denomination may create new paths we all can learn from," said Stetzer, the Billy Graham distinguished chair of church, mission and evangelism and dean of the School of Mission, Ministry and Leadership at Wheaton College in Wheaton, Ill.

The Southern Baptist Convention has long upheld the existence of two genders, as qualified by Scripture, and biblical marriage between one man and one woman, teaching the union in its 2000 Baptist Faith and Message and passing resolutions to that effect at annual meetings. In 2019, messengers to the SBC annual meeting in Birmingham, Ala., passed a resolution On Sexuality And Personal Identity, recommending "that Christians refrain from describing themselves or embracing a self-identity in ways that suggest affirmation of sinful desires or unbiblical social constructs," and encouraging churches to "call sinners to repentance while ministering, encouraging, fostering hospitality, and extending Christlike love toward those brothers and sisters who experience same-sex attraction."

The UMC group's Protocol of Reconciliation & Grace Through Separation, announced Friday (Jan. 3), would allow churches to join a new traditionalist Methodist denomination opposing gay marriage and ordination, and potentially additional smaller Methodist denominations with varying views, all with initial funding from UMC assets, the UMC Council of Bishops said in a press release.

"The United Methodist Church and its members aspire to multiply the Methodist mission in the world by restructuring the Church through respectful and dignified separation," the protocol reads. The 16-member mediation team plans to recommend the protocol be voted on at the United Methodist General Conference in May, addressing tensions that remain high after the 13-million-member church narrowly approved traditional rules on gay marriage and ordination in 2019.

Once formed, the new church would receive $25 million over the next four years and relinquish any further claim to UMC assets, the protocol reads. The UMC would allocate an additional $2 million for any other new Methodist denominations which emerge from the UMC.

"This is a significant moment, but nothing official has actually happened yet," Stetzer said. "Key leaders have agreed on a plan to split the denomination, and most observers think their plan will be adopted at the next general conference.

"... Oddly, the traditionalist/orthodox United Methodists were successful in passing the Traditional Plan at their general conference in 2019, which (among other things) upheld the biblical standard of marriage. This passed because," Stetzer said, "unlike most U.S. denominations, the UMC is a global denomination. [C]hurches in Africa, Russia and elsewhere are the growing churches, keeping the denomination more conservative."

The 16-member mediation team that wrote and unanimously approved the protocol included bishops and ministers from episcopal areas in the U.S., Europe, Africa and the Philippines; and progressive, centrist and traditional groups including UMCNext, Uniting Methodists, the United Methodist Queer Clergy Caucus, Mainstream UMC created in 2019 to support the One Church Plan that failed at the 2019 General Conference, The Confessing Movement, The Institute on Religion & Democracy and the Wesleyan Covenant Association. The group came together as an outgrowth of a consultation initiated by bishops outside the U.S., the Council of Bishops said.

The proposal signals a clear line is being drawn in organized religion over the issues of gay marriage and gay ordination, Stetzer told BP.

"On the other hand, evangelicals are similarly making their view clear," Stetzer said. 'What we would call orthodox and biblical views of marriage are, and will continue, to be a dividing line based on how people see the Scriptures."