in Front of Virginia School Board over Critical Race Theory Policy 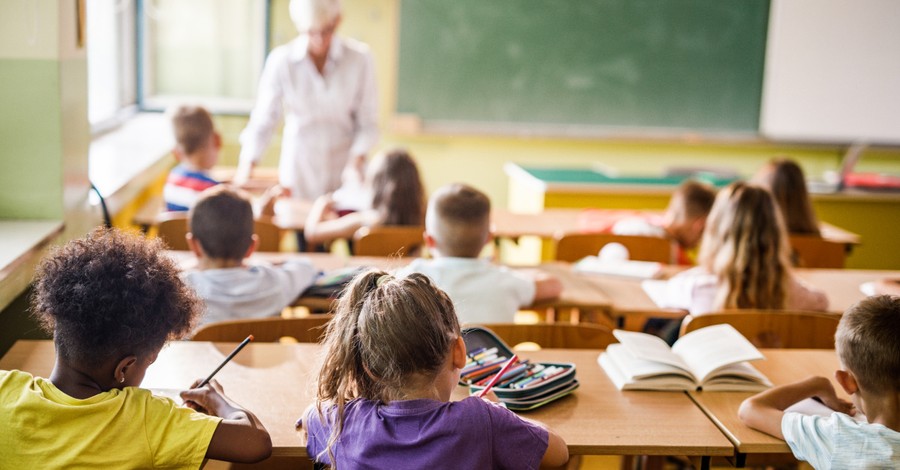 On Tuesday, a Virginia teacher resigned during a school board meeting, citing the school's

promotion of "political ideologies" that contradict her Christian beliefs as her reason for leaving.

According to CBN News, the Loudoun County School Board (LCSB) held a public hearing Tuesday night to discuss policies proposed by the board, such as Critical Race Theory and the treatment of transgender students.

It was the first time the LCSB held a session since two people who angrily expressed their concerns to the board were arrested during a meeting in June.

Laura Morris, who has worked within the county as an elementary school teacher for five years, voiced her concerns to the board on Tuesday before ultimately resigning.

"This summer, I have struggled with the idea of returning to school knowing that I'll be working yet again with the school division that, despite its shining tech and flashy salary, that promote political ideologies that do not square with who I am as a believer in Christ," Morris explained.

"Within the last year, I was told in one of my so-called equity trainings that White, Christian, able-bodied females currently have the power in our school and that 'this has to change,' she noted.

"Clearly, you've made your point. You no longer value me or many other teachers you've employed in this county," she continued. "Since my contract outlines the power that you have over my employment in Loudoun County Public Schools, I thought it necessary to resign in front of you," Morris asserted.

"School board, I quit. I quit your policies, I quit your training, and I quit being a cog in a machine that tells me to push highly politicized agendas on our most vulnerable constituents – children," she concluded while sobbing.

Morris noted that she will seek employment elsewhere and encouraged parents and county staff to "flood the private schools."

On Wednesday, LSCB members voted to approve a policy protecting the rights of transgender students.

According to DCIST, the policy allows transgender students to be called by their chosen names and preferred gender pronouns. Additionally, students are permitted to use facilities and participate in activities corresponding to their preferred gender identity.