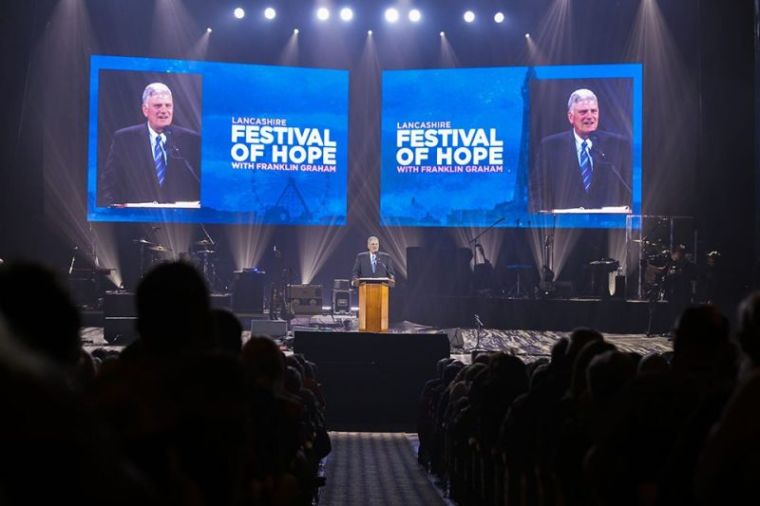 The Billy Graham Evangelistic Association has been awarded a financial settlement and received a public apology from a British council that censored the Christan group's ads.

Along with issuing an apology last week for pulling the ads because they opposed the evangelical group’s conservative views on LGBT issues, the Blackpool Council in Lancashire also agreed to pay damages of over $150,200 (£109,000).

Councillor Lynn Williams, head of the Blackpool Council, explained in the apology that the council accepts “that the advertisements were not in themselves offensive.”

“We further accept that in removing the advertisements we did not take into account the fact that this might cause offense to other members of the public and suggest that some voices should not be heard,” Williams added.

“We sincerely apologize to the organizers of the event for the upset and inconvenience caused … We have learned from this experience. We are committed to ensuring equality of access and opportunity for the population of Blackpool and providing and improving quality services for all.”

Williams also stated that the local government has “now introduced clear and transparent policies that will ensure no repeat of events such as these.”

“This is an important moment for religious freedom in the U.K.,” said BGEA President the Rev. Franklin Graham in a statement released Friday.

“We’re grateful to God for the final outcome of this case, and for what it will mean for churches and Christians across the U.K. in the years ahead.”

The event garnered outcry from some locals, given Graham’s adherence to Christian sexual ethics, opposition to same-sex marriage, and comments about radical Islam.

In response, the Blackpool Council and Blackpool Transport Services Limited banned bus ads for the event, even though the promotional materials did not include any controversial rhetoric.

BGEA filed a complaint against Blackpool leadership over the censorship, with Judge Claire Evans of the County Court of Manchester ruling in favor of BGEA in April.

Evans concluded that the Blackpool officials had violated Graham's religious rights and “had a wholesale disregard for the right to freedom of expression possessed by the Claimant.”

“It gave a preference to the rights and opinions of one part of the community without having any regard for the rights of the Claimant or those who shared its religious beliefs,” ruled Evans.

“It made no effort to consider whether any less intrusive interference than removing the advertisements altogether would meet its legitimate aim.”