The idea that one’s sex is a feeling, not a fact, has permeated our culture and is leaving casualties in its wake. Gender dysphoria should be treated with psychotherapy, not surgery. 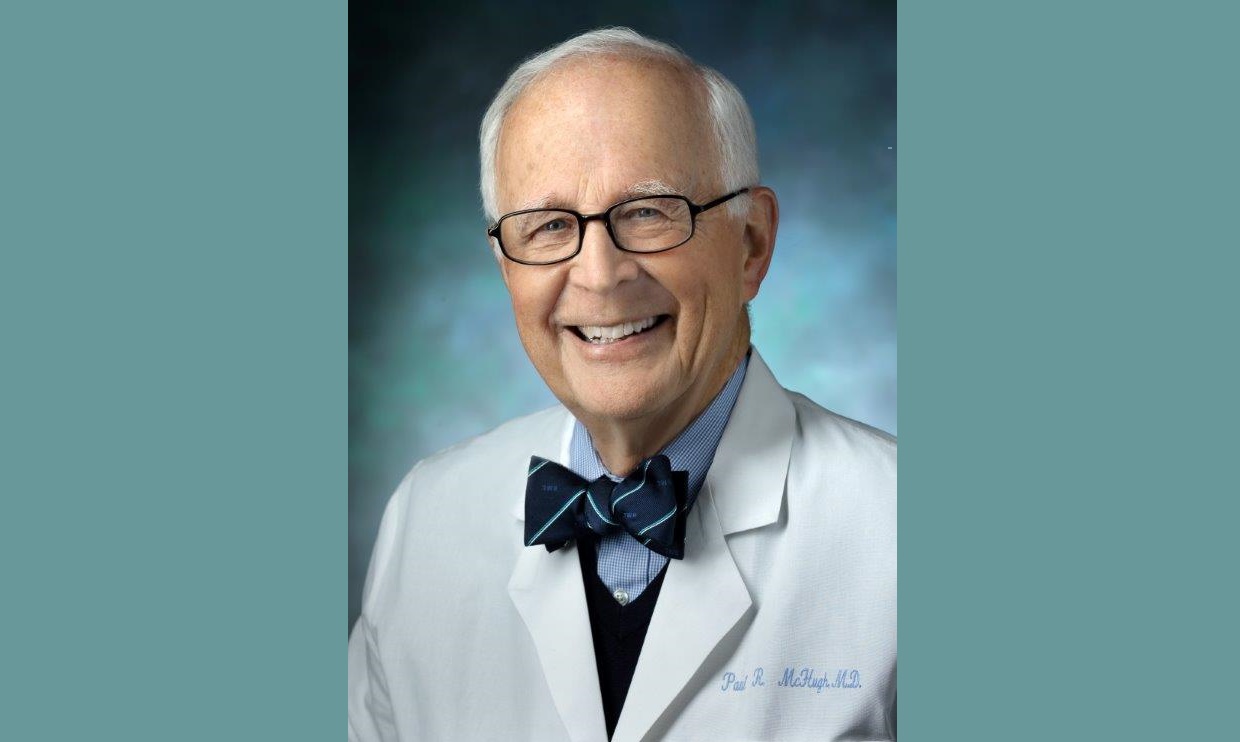 For forty years as the University Distinguished Service Professor of Psychiatry at Johns Hopkins Medical School—twenty-six of which were also spent as Psychiatrist in Chief of Johns Hopkins Hospital—I’ve been studying people who claim to be transgender. Over that time, I’ve watched the phenomenon change and expand in remarkable ways.

A rare issue of a few men—both homosexual and heterosexual men, including some who sought sex-change surgery because they were erotically aroused by the thought or image of themselves as women—has spread to include women as well as men. Even young boys and girls have begun to present themselves as of the opposite sex. Over the last ten or fifteen years, this phenomenon has increased in prevalence, seemingly exponentially. Now, almost everyone has heard of or met such a person.

Publicity, especially from early examples such as “Christine” Jorgenson, “Jan” Morris, and “Renee” Richards, has promoted the idea that one’s biological sex is a choice, leading to widespread cultural acceptance of the concept. And, that idea, quickly accepted in the 1980s, has since run through the American public like a revelation or “meme” affecting much of our thought about sex.

The champions of this meme, encouraged by their alliance with the broader LGBT movement, claim that whether you are a man or a woman, a boy or a girl, is more of a disposition or feeling about yourself than a fact of nature. And, much like any other feeling, it can change at any time, and for all sorts of reasons. Therefore, no one could predict who would swap this fact of their makeup, nor could one justifiably criticize such a decision.

At Johns Hopkins, after pioneering sex-change surgery, we demonstrated that the practice brought no important benefits. As a result, we stopped offering that form of treatment in the 1970s. Our efforts, though, had little influence on the emergence of this new idea about sex, or upon the expansion of the number of “transgendered” among young and old.

This history may clarify some aspects of the latest high-profile transgender claimant. Bruce Jenner, the 1976 Olympic decathlon champion, is turning away from his titular identity as one of the “world’s greatest male athletes.” Jenner announced recently that he “identifies as a woman” and, with medical and surgical help, is busy reconstructing his physique.

I have not met or examined Jenner, but his behavior resembles that of some of the transgender males we have studied over the years. These men wanted to display themselves in sexy ways, wearing provocative female garb. More often than not, while claiming to be a woman in a man’s body, they declared themselves to be “lesbians” (attracted to other women). The photograph of the posed, corseted, breast-boosted Bruce Jenner (a man in his mid-sixties, but flaunting himself as if a “pin-up” girl in her twenties or thirties) on the cover of Vanity Fair suggests that he may fit the behavioral mold that Ray Blanchard has dubbed an expression of “autogynephilia”—from gynephilia (attracted to women) and auto (in the form of oneself).

But the meme—that your sex is a feeling, not a biological fact, and can change at any time—marches on through our society. In a way, it’s reminiscent of the Hans Christian Andersen tale, The Emperor’s New Clothes. In that tale, the Emperor, believing that he wore an outfit of special beauty imperceptible to the rude or uncultured, paraded naked through his town to the huzzahs of courtiers and citizens anxious about their reputations. Many onlookers to the contemporary transgender parade, knowing that a disfavored opinion is worse than bad taste today, similarly fear to identify it as a misapprehension.

I am ever trying to be the boy among the bystanders who points to what’s real. I do so not only because truth matters, but also because overlooked amid the hoopla—enhanced now by Bruce Jenner’s celebrity and Annie Leibovitz’s photography—stand many victims. Think, for example, of the parents whom no one—not doctors, schools, nor even churches—will help to rescue their children from these strange notions of being transgendered and the problematic lives these notions herald. These youngsters now far outnumber the Bruce Jenner type of transgender. Although they may be encouraged by his public reception, these children generally come to their ideas about their sex not through erotic interests but through a variety of youthful psychosocial conflicts and concerns.

First, though, let us address the basic assumption of the contemporary parade: the idea that exchange of one’s sex is possible. It, like the storied Emperor, is starkly, nakedly false. Transgendered men do not become women, nor do transgendered women become men. All (including Bruce Jenner) become feminized men or masculinized women, counterfeits or impersonators of the sex with which they “identify.” In that lies their problematic future.

When “the tumult and shouting dies,” it proves not easy nor wise to live in a counterfeit sexual garb. The most thorough follow-up of sex-reassigned people—extending over thirty years and conducted in Sweden, where the culture is strongly supportive of the transgendered—documents their lifelong mental unrest. Ten to fifteen years after surgical reassignment, the suicide rate of those who had undergone sex-reassignment surgery rose to twenty times that of comparable peers.

How to Treat Gender Dysphoria

So how should we make sense of this matter today? As with any mental phenomenon, what’s crucial is noting its fundamental characteristic and then identifying the many ways in which that characteristic can manifest itself.

The central issue with all transgender subjects is one of assumption—the assumption that one’s sexual nature is misaligned with one’s biological sex. This problematic assumption comes about in several different ways, and these distinctions in its generation determine how to manage and treat it.

Based on the photographic evidence one might guess Bruce Jenner falls into the group of men who come to their disordered assumption through being sexually aroused by the image of themselves as women. He could have been treated for this misaligned arousal with psychotherapy and medication. Instead, he found his way to surgeons who worked him over as he wished. Others have already commented on his stereotypic caricature of women as decorative “babes” (“I look forward to wearing nail polish until it chips off,” he said to Diane Sawyer)—a view that understandably infuriates feminists—and his odd sense that only feelings, not facts, matter here.

For his sake, however, I do hope that he receives regular, attentive follow-up care, as his psychological serenity in the future is doubtful. Future men with similar feelings and intentions should be treated for those feelings rather than being encouraged to undergo bodily changes. Group therapies are now available for them.

The grim fact is that most of these youngsters do not find therapists willing to assess and guide them in ways that permit them to work out their conflicts and correct their assumptions. Rather, they and their families find only “gender counselors” who encourage them in their sexual misassumptions.

There are several reasons for this absence of coherence in our mental health system. Important among them is the fact that both the state and federal governments are actively seeking to block any treatments that can be construed as challenging the assumptions and choices of transgendered youngsters. “As part of our dedication to protecting America’s youth, this administration supports efforts to ban the use of conversion therapy for minors,” said Valerie Jarrett, a senior advisor to President Obama.

In two states, a doctor who would look into the psychological history of a transgendered boy or girl in search of a resolvable conflict could lose his or her license to practice medicine. By contrast, such a physician would not be penalized if he or she started such a patient on hormones that would block puberty and might stunt growth.

What is needed now is public clamor for coherent science—biological and therapeutic science—examining the real effects of these efforts to “support” transgendering. Although much is made of a rare “intersex” individual, no evidence supports the claim that people such as Bruce Jenner have a biological source for their transgender assumptions. Plenty of evidence demonstrates that with him and most others, transgendering is a psychological rather than a biological matter.

In fact, gender dysphoria—the official psychiatric term for feeling oneself to be of the opposite sex—belongs in the family of similarly disordered assumptions about the body, such as anorexia nervosa and body dysmorphic disorder. Its treatment should not be directed at the body as with surgery and hormones any more than one treats obesity-fearing anorexic patients with liposuction. The treatment should strive to correct the false, problematic nature of the assumption and to resolve the psychosocial conflicts provoking it. With youngsters, this is best done in family therapy.

The larger issue is the meme itself. The idea that one’s sex is fluid and a matter open to choice runs unquestioned through our culture and is reflected everywhere in the media, the theater, the classroom, and in many medical clinics. It has taken on cult-like features: its own special lingo, internet chat rooms providing slick answers to new recruits, and clubs for easy access to dresses and styles supporting the sex change. It is doing much damage to families, adolescents, and children and should be confronted as an opinion without biological foundation wherever it emerges.

But gird your loins if you would confront this matter. Hell hath no fury like a vested interest masquerading as a moral principle.

PAUL MCHUGH, MD, IS UNIVERSITY DISTINGUISHED SERVICE PROFESSOR OF PSYCHIATRY AT JOHNS HOPKINS MEDICAL SCHOOL AND THE FORMER PSYCHIATRIST IN CHIEF AT JOHNS HOPKINS HOSPITAL. HE IS THE AUTHOR OF THE MIND HAS MOUNTAINS: REFLECTIONS ON SOCIETY AND PSYCHIATRY.