An Extraordinary Winning Streak for Religion at the Supreme Court

An Extraordinary Winning Streak for Religion at the Supreme Court 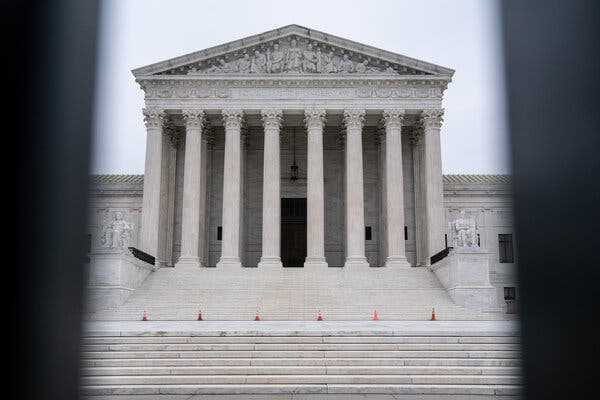 The Supreme Court has become far more likely to rule in favor of religious rights in recent years, according to a new study that considered 70 years of data.Credit...Anna Moneymaker for The New York Times By Adam Liptak  April 5, 2021

WASHINGTON — “For many today, religious liberty is not a cherished freedom,” Justice Samuel A.

Alito Jr. told the Federalist Society, the conservative legal group, in November. “It pains me to say this,

but, in certain quarters, religious liberty is fast becoming a disfavored right.”

Those quarters do not include the Supreme Court, which has become far more likely to rule in favor of religious rights in recent years, according to a new study that considered 70 years of data.

The study, to be published in The Supreme Court Review, documented a 35-percentage-point increase in the rate of rulings in favor of religion in orally argued cases, culminating in an 81 percent success rate in the court led by Chief Justice John G. Roberts Jr.

“Plainly, the Roberts court has ruled in favor of religious organizations, including mainstream Christian organizations, more frequently than its predecessors,” wrote the study’s authors, Lee Epstein of Washington University in St. Louis and Eric A. Posner of the University of Chicago. “With the replacement of Ruth Bader Ginsburg with Amy Coney Barrett, this trend will not end soon and may accelerate.”

The kinds of cases the court is hearing have changed, too. In the Warren court, all of the rulings in favor of religion benefited minority or dissenting practitioners. In the Roberts court, most of the religious claims were brought by mainstream Christians.

The five most pro-religion justices all sit on the current court, the study found. “The justices who are largely responsible for this shift are Clarence Thomas, Samuel Alito, Neil Gorsuch, John Roberts and Brett Kavanaugh,” the study’s authors wrote. “While there are some differences among these justices, and Kavanaugh has been involved in only a handful cases, they are clearly the most pro-religion justices on the Supreme Court going back at least until World War II.” All are Republican appointees.

In the last term alone, the court sided with Christian religious groups in three argued cases. The court ruled that state programs supporting private schools must include religious ones, that the Trump administration could allow employers with religious objections to deny contraception coverage to female workers and that employment discrimination laws do not apply to many teachers at religious schools.

And the court will soon decide whether Philadelphia may bar a Catholic agency that refused to work with same-sex couples from screening potential foster parents.