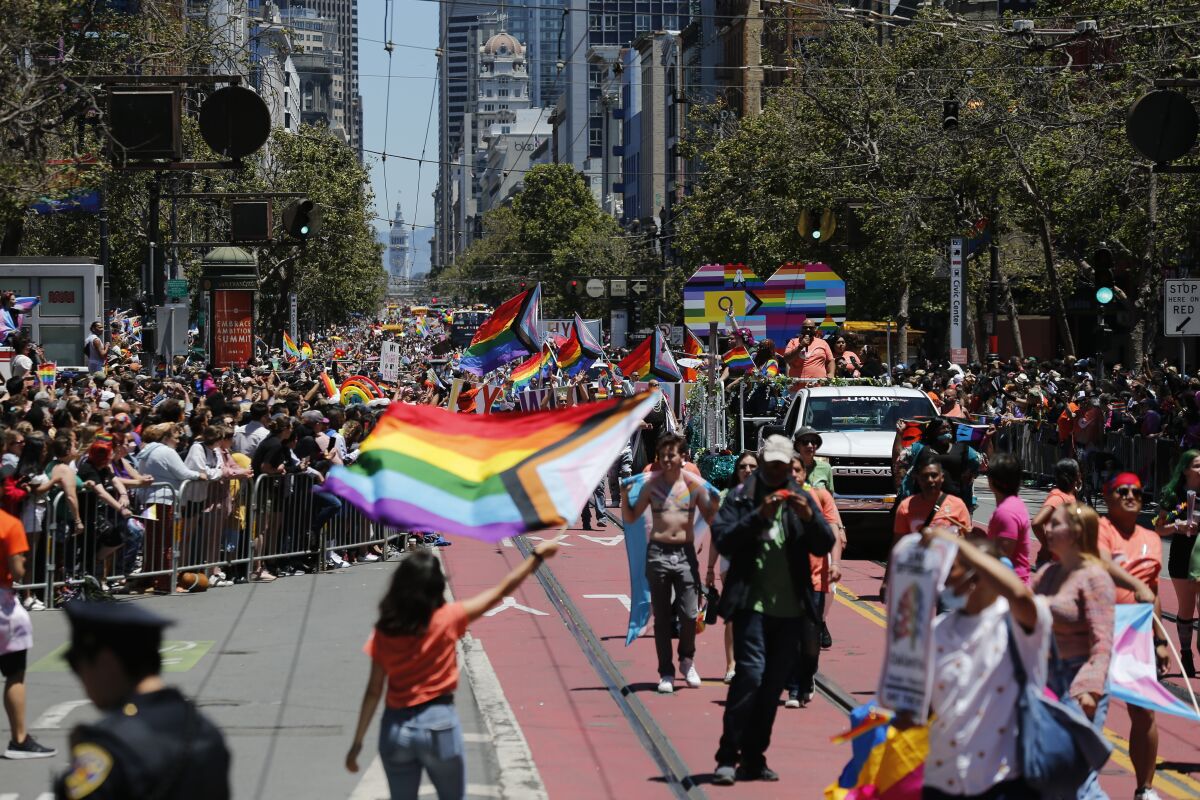 The city of San Francisco this week launched a guaranteed income program aimed at the transgender community.

The Guaranteed Income for Transgender People, or GIFT, pilot program will provide 55 eligible residents with $1,200 per month for 18 months, as well as healthcare and financial coaching.

The program began accepting applications Wednesday. The application period will close in December.

Recipients will be selected by organizations helping to administer and shape the program, including the Transgender District, a group whose goal is to help trans people find economic security.

“By giving low-income trans people the resources to cover the expenses they deem most immediate and important given each person’s unique situation, we are implementing a truly community-centered intervention to combat poverty,” said Aria Sa’id, president of the Transgender District.

Trans people experience poverty at a much higher rate than other Californians, proponents of the program said.

An announcement of GIFT cited the 2015 U.S. Trans Survey, which found that 33% of transgender Californians were living in poverty. The state’s overall poverty rate is just over 12%, according to the 2020 census.

“Even with our rich history of trans advocacy, we see that trans San Franciscans experience poverty at exponentially higher rates compared to the general population,” Pau Crego, executive director of the San Francisco Office of Transgender Initiatives, said in the release. “This is especially the case for trans people of color, disabled trans people, trans elders and other trans communities deeply impacted by discrimination,”

The response to the program has been polarizing, Sa’id told The Times, with the organization receiving 3,200 messages in the last few days, some of them hate mail.

But the program has also received messages from trans activists across the country looking to build similar programs in their areas.

Sa’id estimated that the program had received about 2,000 applications since Wednesday.

“I don’t think we were expecting that response,” Sa’id said.

“I’m so grateful we’re able to finally do this,” she said. “And at the same time, we can’t help everyone who has a demonstrated need and I think that’s what makes it bittersweet.”

The Abundant Birth Project, launched in 2020, is providing pregnant Black and Pacific Islander residents with $1,000 per month, from their first trimester to two years postpartum.

The city plans to launch two pilot programs in 2023 aimed at youth groups, including those transitioning out of the foster care system.