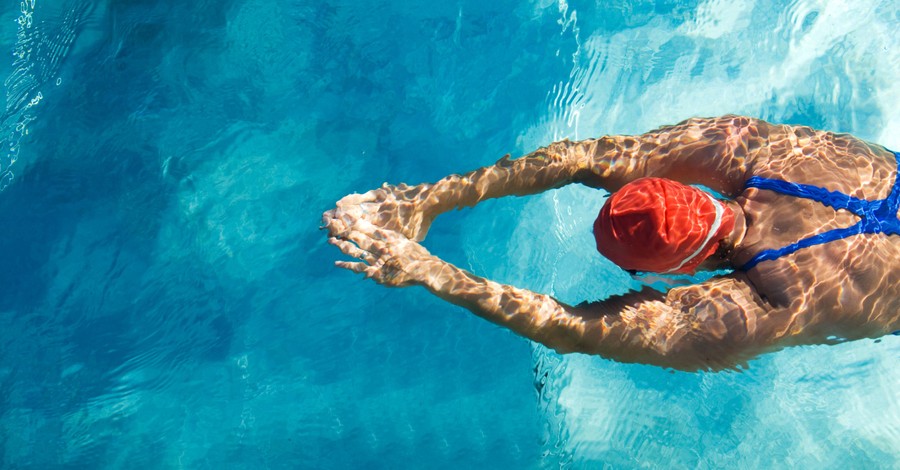 A female college athlete is accusing the National Collegiate Athletics Association of showing favoritism to trans-identifying swimmer Lia Thomas after she tied with Thomas for fifth place at the recent NCAA Women's Swimming Championship in Atlanta, Georgia.

Thomas was born male but identifies as female.

In an interview on Fox News' Tucker Carlson Tonight on Wednesday, Gaines argued that "the NCAA handled everything extremely poorly" when it came to the photo-op.

When Gaines asked an NCAA official why the fifth-place trophy was given to Thomas, he reportedly told her, "We're giving it in chronological order."

Gaines refuted the official's logic since the swimmers tied, and the man replied, "We're just going to give the trophy to Lia, we respect and admire your swim, but Lia needs to hold the trophy."

"I was shocked, and I know all the other swimmers who were standing by and listening to this were also shocked," Gaines noted. "I was standing right next to Lia, and she heard it all, and so it was baffling that this could happen."

Thomas, who made national headlines for being a trans-identifying athlete competing in female sports, also won first place in the 500-yard freestyle at the same swimming championship competition.

During her interview with Tucker Carlson, Gaines contended that "the NCAA wasn't prepared for a situation like this," adding that "when they were faced with it, they protected such a small minority and turned their back on what the organization and Title IX really stands for."

Gaines was referring to the Title IX of the Education Amendments of 1972, which was created to ensure that women and girls would have equal opportunities in education, including athletics.

She concurred with Carlson that allowing someone "with a biological advantage" to compete on the women's swim team is a form of "cheating.

"I think there's a difference between your sex and your gender identity, and so I think that it's just been totally misconstrued and lost in the past couple of years or so," she continued. "But it's finally gotten to the point where it's being shown, and it's completely violating women and women's rights, especially in sports."

As reported by The Christian Post, Gaines also noted that other NCAA swimmers were told by "their athletic directors or their media people or their coaches or other outside influences" not to say anything and to "just avoid the situation, save face a little bit.'"

Meanwhile, she praised her "amazing support system at the University of Kentucky, whether that be my athletic director, all the way down to my head coach."

Gaines concluded the interview by arguing that allowing transgender women to participate in women's sports is "totally wrong" due to their biological advantages, such as their "different lung capacities," height and testosterone levels.

"Whether you be on testosterone blockers or not, it doesn't suppress going through puberty as a male, especially the one in question who swam three years as a male on UPenn," she said of Thomas.

On the same day as the swimming competition, the conservative, evangelical organization Concerned Women for America filed a civil rights complaint under Title IX against the NCAA for allowing Thomas to compete on the women's swim team.

The complaint features testimony from female swimmers at UPenn, including one who told The Daily Mail, "It's definitely awkward because Lia still has male body parts and is still attracted to women."

The ongoing debate on fairness in women's sports has prompted several U.S. states to ban trans athletes from competing in sports that do not match their biological sex.

So far, Arizona, Iowa, Oklahoma, South Dakota and Utah have outlawed trans athletes from competing in women's and girls' sports this year. These states join other states such as Alabama, Arkansas, Florida, Idaho, Mississippi, Montana, Tennessee, Texas and West Virginia, which had already enacted such measures.