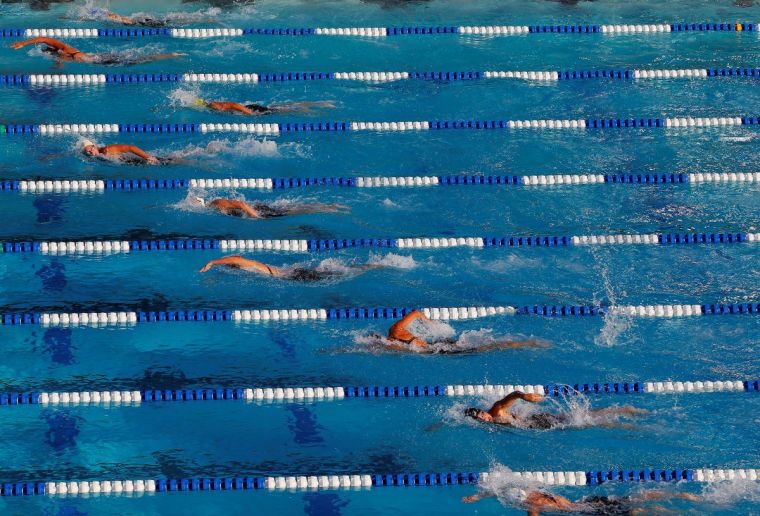 The University of Pennsylvania's trans-identified swimmer Lia Thomas won the 100-meter and 200-meter freestyle races against Harvard over the weekend, days after the NCAA unveiled a new policy allowing each sport to determine its policies regarding the participation of trans-identified athletes.

Amid outrage over the allowance of biological males who identify as females to compete in women’s athletics, Thomas finished the 100m race in 50.55 seconds, and the 200m race in 1:47.08, Fox News reported.

Thomas, a senior who had previously competed for years on the men’s team, has drawn much backlash while competing on Penn's women’s team. The athlete's participation led to one USA Swimming official resigning and members of Penn women’s swim team speaking out in the press about what they perceive as an unfair advantage.

However, the NCAA, a leading entity that oversees collegiate athletics in the United States, claimed that “there is nothing that would preclude Lia from racing in March at the NCAA Championships,” Braden Keith, the co-founder and editor-in-chief of SwimSwam, told Fox News.

“There is a framework, some guidance, but nothing that anybody would recognize as a line-in-the-sand threshold,” Keith continued. “The internal pressure within the sport in the last 24 hours has ramped up on USA Swimming and FINA to make a decision, to come up with a rule or a threshold, and it's left them in kind of a tough spot — they’ve had this responsibility, the duty to decide what the NCAA rule is, thrust upon them, when I’m sure they were hoping to be able to kick the can down the road a little while longer.”

The new policy mirrors guidelines recently enacted by the International Olympic Committee that give individual sports leeway in setting their own rules for the participation of trans-identified athletes in sports that correspond with their chosen gender identity instead of their biological sex.

“USA Swimming firmly believes in inclusivity and the opportunity for all athletes to experience the sport of swimming in a manner that is consistent with their gender identity and expression,” it said in a statement. “We also strongly believe in competitive equity, and, like many, are doing our best to learn and educate ourselves on the appropriate balance in this space.”

Penn Athletics also said Thursday it would work with the NCAA to support Thomas, ESPN reported.

Millen contends that trans-identified biologically male athletes should not be allowed to compete in women's swimming meets.

“I told my fellow officials that I can no longer participate in a sport which allows biological men to compete against women,” Millen wrote in a resignation letter, according to Swimming World.

“Everything fair about swimming is being destroyed. If Lia came on my deck as a referee, I would pull the coach aside and say, ‘Lia can swim, but Lia can swim exhibition or a time trial. Lia cannot compete against those women because that's not fair.’”

In a recent interview with OutKick, a Penn swimmer, who spoke anonymously due to fear of retaliation from potential employers for sharing “her honest opinion about a transgender teammate,” said, “[p]retty much everyone individually has spoken to our coaches about not liking this.”

“I think secretly everyone just knows it’s the wrong thing to do,” she added. “When the whole team is together, we have to be like, ‘Oh my gosh, go, Lia, that's great, you’re amazing.’ It’s very fake.”

The NCAA policy, which is effective beginning with the 2022 winter championships, requires trans-identified student-athletes to “document sport-specific testosterone levels beginning four weeks before their sport’s championship selections.” Starting with the 2022-23 academic year, “transgender student-athletes will need documented levels at the beginning of their season and a second documentation six months after the first.”

“They will also need documented testosterone levels four weeks before championship selections. Full implementation would begin with the 2023-24 academic year.”