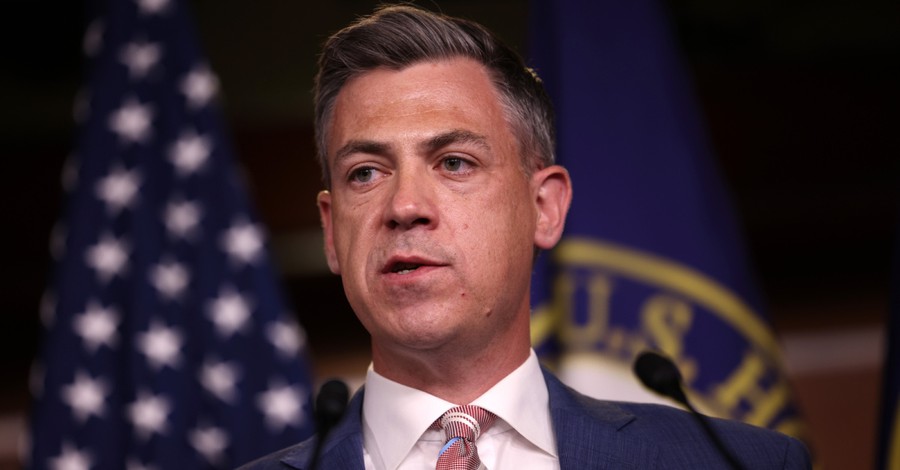 A U.S. House Representative says he “won’t back down” after Twitter suspended his official account for describing a transgender woman in the Biden administration as a “man.”

The official account of U.S. Rep. Jim Banks (R-Ind.) was suspended shortly after he made a comment about Rachel Levine, the assistant secretary for health within the Department of Health and Human Services. Levine was born male but identifies as female.

Banks linked to a story about Levine being sworn in as an admiral of the U.S. Public Health Service Commissioned Corps.

“The title of first four-star female officer gets taken by a man,” Banks wrote in a tweet that Twitter deleted.

Banks allegedly violated a policy that prohibits harassment of individuals on the basis of gender identity.

Twitter suspended Banks’ official account but left untouched his personal account, where on Saturday, he posted a statement saying he was “censored for tweeting a basic truth.”

“My tweet was a statement of fact. Big Tech doesn’t have to agree with me, but they shouldn’t be able to cancel me,” Banks wrote in the statement. “If they silence me, they will silence you. We can’t allow Big Tech to prevent us from telling the truth. When Republicans take back the House next year, we must restore honesty to our public forums and hold Big Tech accountable.”

Meanwhile, Twitter didn’t delete a Banks tweet that argued: “Calling someone that was born and lived as a man for 54 years the first ‘female’ four-star officer is an insult to every little girl who dreams of breaking glass ceilings one day.” That tweet received more than 800 re-tweets.