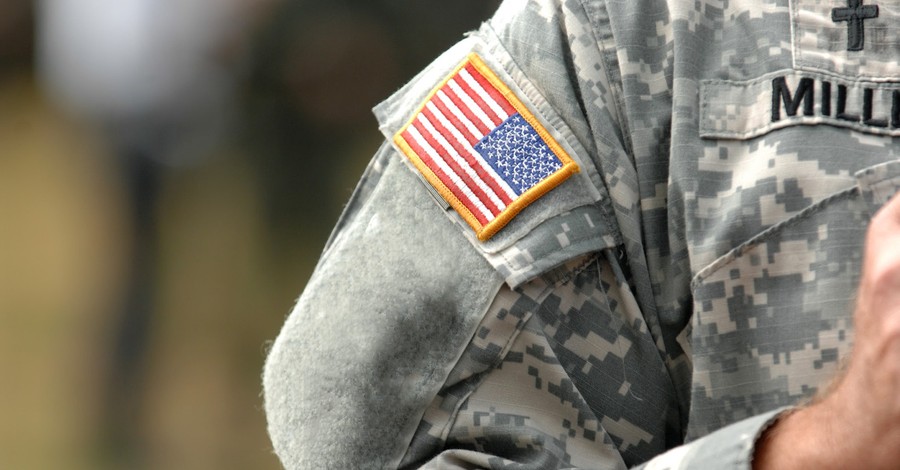 An Army chaplain who received a reprimand for questioning the Biden administration's policy on transgender military personnel has filed an appeal.

Maj. Andrew Calvert, an Army chaplain with Fort Hood's 3rd Security Force Assistance Brigade in Texas, received a General Officer Memorandum of Reprimand following a January Facebook post in which he asserted that individuals who identify as transgender are "rejecting" biology and are "mentally unfit." Such a memo of reprimand can be career-ending.

Calvert was referencing a Biden executive order that allows individuals to serve openly under their gender identity.

Calvert has served for 16 years and has been deployed to combat zones.

"Chaplain Calvert merely expressed his sincerely held religious belief that was, at the time he expressed it, wholly consistent with DoD policy," First Liberty said in a May 12 letter to Fort Hood.

The letter further noted that in 2019, "active duty service members, in uniform, marched in a political parade 'to show opposition to the Trump Administration's ban on transgender troops.'"

"Clearly, if uniformed, active duty service members are permitted to express political opposition to their commander-in-chief's policy, an active duty chaplain may express support for that same policy," the letter says.

Further, Calvert was using his personal Facebook page and "disclaims all posts and opinions as his own," the letter says.

"Chaplain Calvert is a decorated Soldier with an exemplary record.  He faces having his career ruined simply because he expressed his religious views on his personal Facebook page," said Mike Berry, general counsel at First Liberty Institute. "Throughout Chaplain Calvert's military career, he has personified selfless service and sacrifice, and a desire to provide for the spiritual needs of those under his care. Punishing a chaplain because of their expressed religious belief is illegal and wrong."

Calvert's post read, "How is rejecting reality (biology) not evidence that a person is mentally unfit (ill), and thus making that person unqualified to serve? There is little difference in this than over those who believe and argue for a 'flat earth,' despite the overwhelming evidence to the contrary. The motivation is different, but the argument is the same. This person is a MedBoard for Mental Wellness waiting to happen. What a waste of military resources and funding!"