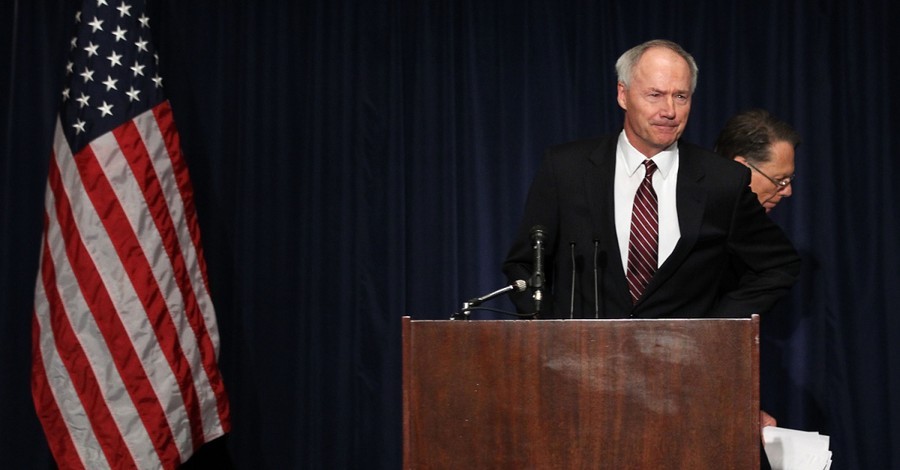 On Monday, the Arkansas Senate passed a bill that could make Arkansas the first state in the U.S. to ban transgender treatments for youth if signed into law by the governor

he legislation, House Bill 1570, was passed with overwhelming support from the state Senate in a vote of 28-7 and the House 70-22.

According to Reuters, any healthcare professional offering puberty blockers, cross-sex hormones, or gender-affirming surgery to trans minors would lose their medical license for violating the legislation. Additionally, they could face legal action from trans patients who later regret their decision.

It now heads to Republican Gov. Asa Hutchinson's office. He has yet to confirm whether or not he will sign the bill into law.

Katie Beck, a spokesperson for Hutchinson, said in an email that he "will review the bill more closely, listen to the debate, study it and make a decision on the legislation."

At present, similar bills are being considered in sixteen other states across the nation and are being met with opposition by trans advocacy organizations.

GLAAD, a leading LGBTQ rights organization, called on its followers to contact Hutchinson to veto the bill.

Last Thursday, Hutchinson signed a bill banning biological male athletes from competing in female sports, making Arkansas the second state to do so.

According to the largest LGBTQ organization in the United States, the Human Rights Campaign, a record 127 bills on transgender issues have been introduced by Republicans in 22 states.

On Wednesday, GLAAD published an open letter marking March 31 the "Trans Day of Visibility" in support of trans women and girls in light of the recent string of legislation banning biological male athletes from competing in female sports. The letter, which 465 feminist leaders signed, also featured signatures from celebrities including Laverne Cox, Regina King and Selena Gomez.