I Signed Abortion Ban as a 'Direct Challenge to Roe vs. Wade', Arkansas Gov. Tells CNN

I Signed Abortion Ban as a 'Direct Challenge to Roe vs. Wade', Arkansa…

I Signed Abortion Ban as a 'Direct Challenge to 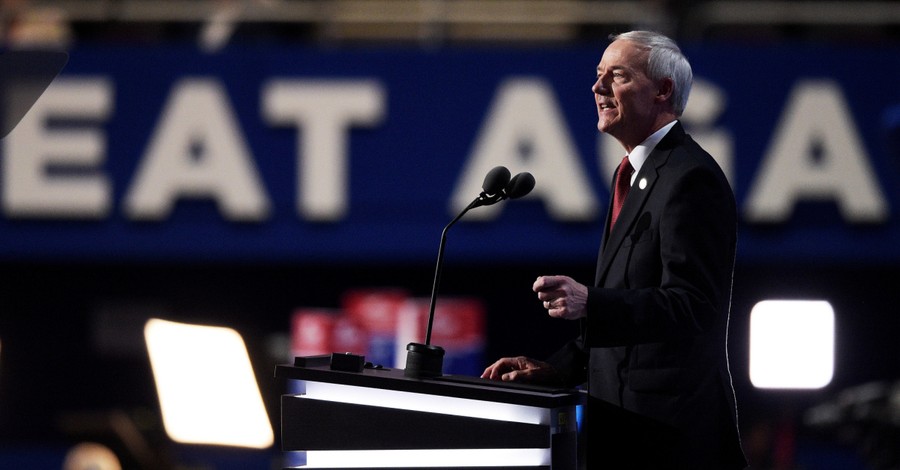 The bill, the Unborn Child Protection Act (SB6), passed the state House 76-19 and the Senate 27-7 before Hutchinson signed it. It will go into effect in August, although pro-choice groups say they will challenge it in court.

It includes an exception for the life of the mother.

CNN host Dana Bash asked Hutchinson, “Did you sign this bill because you hope that it'll be a vehicle for the Supreme Court to look at overturning Roe v Wade?”

“Yes, that was the whole design of the law,” Hutchinson, a Republican, told CNN. “It is not constitutional under Supreme Court cases right now. And I did prefer a rape and incest exception. I didn't get a vote on that. And so I signed it because it is a direct challenge to Roe vs. Wade – that was the intent of it. I think there's a very narrow chance that the Supreme Court will accept that case but we'll see. ... It's been my historic position that the three exemptions would be rape, incest and the life of the mother.

“But this is a direct challenge to Roe vs. Wade,” he added, “and that's the intent of the legislation.”

Hutchinson’s comments mirror the language of the bill. The legislative findings in the bill state: “It is time for the United States Supreme Court to redress and correct the grave injustice and the crime against humanity which is being perpetuated by its decisions in Roe v. Wade, Doe v. Bolton, and Planned Parenthood v. Casey.” Roe v. Wade and its companion decision Doe v. Bolton (1973) legalized abortion for virtually any reason in the U.S. In 1992, the Supreme Court released its Planned Parenthood v. Casey decision upholding Roe.

The Arkansas bill makes it a crime for a doctor to perform an abortion. It explicitly exempts the pregnant woman from any crime related to the abortion.

“A person shall not purposely perform or attempt to perform an abortion except to save the life of a pregnant woman in a medical emergency,” the bill says.