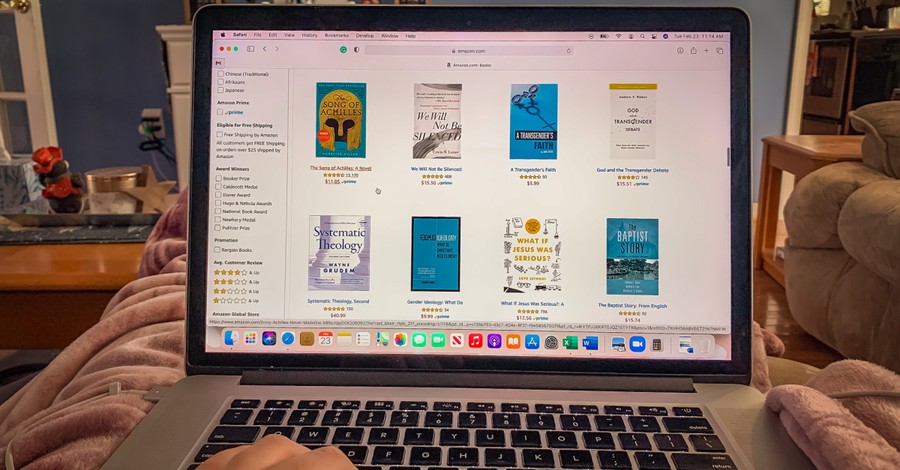 A scholar recently had his book removed from Amazon due to its critique of the transgender movement.

Ryan Anderson, a former scholar at the Heritage Foundation, published his book titled When Harry Became Sally: Responding to the Transgender Moment in 2018. In his book, Anderson seeks to understand the meaning of human embodiment and public policy considerations pertaining to transgender issues.

Anderson, the new president of the Ethics & Public Policy Center in Washington, D.C., did not realize that the world’s largest retailer had removed his book until people trying to purchase it informed him that it was gone.

The book, however, is not out of stock despite its disappearance. Webpages for copies of When Harry Became Sally have been removed while Kindle and Audible versions of the book have become inaccessible for purchase.

In an email to The Christian Post on Monday, Anderson recounted past criticisms of his book, including critical editorials published in the New York Times and the Washington Post.

“It's obvious the critics hadn’t read the book," he said.

"People who have actually read my book discovered that it was a thoughtful and accessible presentation of the state of the scientific, medical, philosophical and legal debates,” Anderson contended. “Yes, it advances an argument from a certain viewpoint. No, it didn’t get any facts wrong, and it didn’t engage in any name-calling.”

He added that his book was praised by medical experts and legal scholars.

Anderson, whose book was published three years ago, argued that his work on critiquing the transgender movement will be silenced today, especially as the House of Representatives is set to vote on the Equality Act this week.

“Make no mistake, both Big Government and Big Tech can undermine human dignity and liberty, human flourishing and the common good,” he asserted.

Anderson’s publisher has tried to contact Amazon for an explanation, but at this point, one has not been received.

When The Christian Post reached out to the online retailer, a spokesperson declined to comment on the book’s removal and instead referred them to Amazon’s content guidelines that oversee the books the company sells on its website.

“We carefully consider the types of content we make available in our stores and review our approach regularly, listening to feedback and investigating concerns from our customers,” the guidelines state. “We reserve the right to remove content from sale if we determine it creates a poor customer experience.”

"We’ll remove content that does not adhere to these guidelines and promptly investigate any book when notified of potential noncompliance. If we remove a title, we let the author, publisher, or selling partner know and they can appeal our decision.”

“We don’t sell certain content including content that we determine is hate speech, promotes the abuse or sexual exploitation of children, contains pornography, glorifies rape or pedophilia, advocates terrorism, or other material we deem inappropriate or offensive," the section reads.

In a Twitter post on Monday, Anderson noted that his book sold out at Barnes and Noble following its removal on Amazon.

But Anderson also seemed to be having trouble with other online retailers such as Apple Books, in which his book disappeared then came back up again. He added in another Twitter post that Twitter is including a disclaimer on posts about his book. The disclaimer asserts that the book may contain “potentially sensitive content.”