Schools Allowing Boys in Girls’ Sports Are Violating the Law, Even aft… 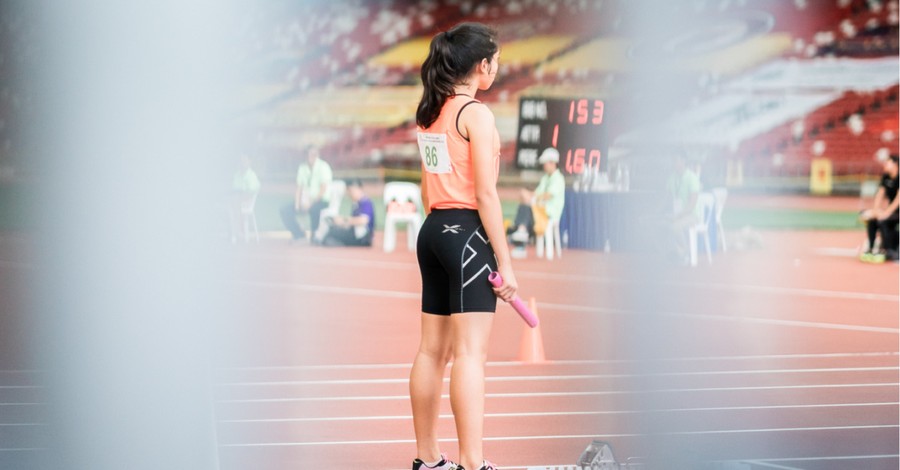 Connecticut schools that allow biological boys who identify as girls to compete in girls’ sports are violating federal law even in light of a recent Supreme Court decision expanding LGBT rights, the Trump Department of Education has ruled.
The department’s Office for Civil Rights issued a revised letter of enforcement Monday to the Connecticut Interscholastic Athletic Conference (CIAC) asserting that a landmark LGBT rights case from June does not change the department’s position that schools are violating Title IX by allowing transgender girls to compete on girls’ teams. The CIAC is the state’s governing body for interscholastic sports.

“The Court expressly declined to decide questions about how its interpretation … would affect other statutes,” the Office for Civil Rights letter said.

At issue in the Connecticut case is Title IX, a 1972 law prohibiting discrimination based on sex in education programs and activities. The Supreme Court’s June ruling involved a different law, Title VII of the Civil Rights Act of 1964. The high court said Title VII makes it unlawful to fail to hire or fire someone on the basis of their LGBT identity.

The Office for Civil Rights issued its initial letter to CIAC in May, prior to the high court’s decision.

Two biological boys who identify as girls won 15 Connecticut girls’ state track titles. Connecticut does not require transgender girls to take testosterone-suppressing hormones, as is required on the NCAA and international levels.

The Office for Civil Rights letter quoted the Supreme Court’s majority decision, in which the justices said they did not “prejudge” how their opinion would impact other laws.

“None of these other laws are before us,” the Supreme Court’s decision said.

Title IX was passed to protect opportunities for females, the letter said.

“Significantly, unlike Title VII, one of Title IX’s crucial purposes is protecting women’s and girls’ athletic opportunities. Indeed, Title IX was passed, and implemented by regulations, to prohibit discrimination on the basis of sex in education programs and activities and to protect equal athletic opportunity for students who are biological females, including providing for sex-segregated athletics,” the letter said.

Men and women, the letter added, are not “similarly situated because of their physiological differences, and separating them based on sex is accordingly not prohibited by Title IX.”

The Office for Civil Rights was responding to a complaint filed by three Connecticut female track athletes. Female athletes, the office ruled, faced discrimination due to the Connecticut policy.

Alliance Defending Freedom, which filed the complaint on behalf of the female athletes, applauded the Office for Civil Rights’ stance.

“The U.S. Supreme Court’s recent decision concerning a completely separate law cannot be manipulated to mean that girls should be reduced to spectators in their own sport,” said ADF legal counsel Christiana Holcomb. “The OCR’s revised letter … rightly recognizes this. Among other things, the Supreme Court expressly stated that it was not ruling on any law outside of Title VII and the questions surrounding it, which are entirely different than the questions involved in this situation, where physiological differences between athletes remain clearly relevant.

“If anything, that ruling only reinforces the binding nature of Title IX, as the OCR revised letter explains,” Holcomb said. “In short, no credible legal argument can be made to push girls off of the winners’ podium in their own sports. Males will always have inherent physical advantages over comparably talented and trained girls; that’s the reason we have girls’ sports in the first place.”