UMC Pastor, US congressman who

hits back at critics 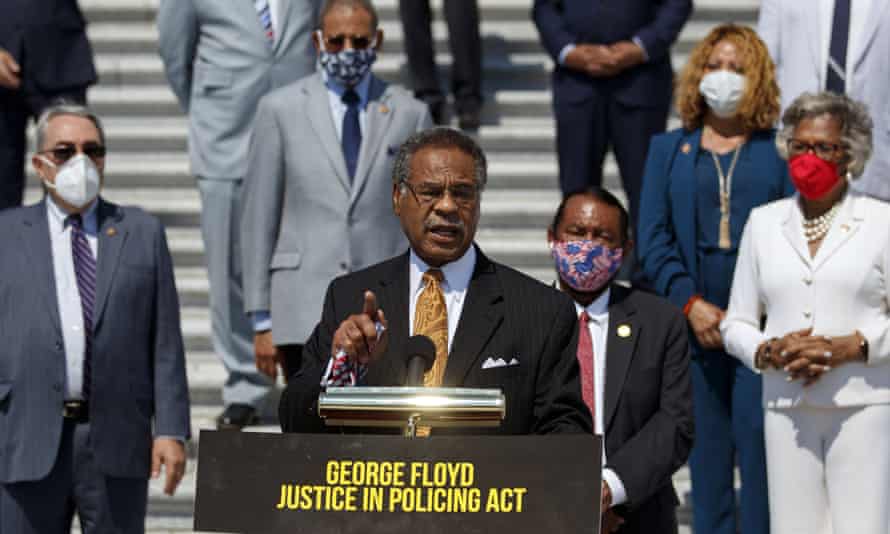 Emanuel Cleaver, a United Methodist minister and former mayor of Kansas City, Missouri, is beginning his ninth term. Photograph: Carolyn Kaster/AP
A Democratic congressman said he was surprised by the negative response after he ended an opening prayer on the first day of the new Congress by saying “amen and a-woman” – and said conservative critics including Donald Trump Jr had only proved themselves “soiled by selfishness, perverted by prejudice and inveigled by ideology”.

Emanuel Cleaver, a United Methodist minister and former mayor of Kansas City, Missouri, is beginning his ninth term. He told the Kansas City Star his “A-woman” reference on Sunday was intended to recognize the record number of women serving in the new Congress.

There are 144 women serving in the House and Senate. The previous high was 129.

But Cleaver’s words spurred a torrent of criticism from conservatives who accused him of misunderstanding the meaning of “amen” – a Hebrew word that means “so be it”.

One Republican representative, Guy Reschenthaler, of Pennsylvania, incorrectly stated on Twitter that “amen” had Latin origins, but added: “It’s not a gendered word. Unfortunately, facts are irrelevant to progressives. Unbelievable.”

Trump Jr made the same mistake, writing: “It isn’t a gendered word but that didn’t stop them from being insane. Is this what you voted for?”

Cleaver said he “concluded with a lighthearted pun in recognition of the record number of women who will be representing the American people in Congress during this term as well as in recognition of the first female chaplain of the House of Representatives whose service commenced this week”.

Cleaver led the search committee that selected Margaret Grun Kibben, the former chief chaplain of the navy, for that role.

“I personally find these historic occasions to be blessings from God for which I am grateful,” Cleaver said, adding that he was “deeply disappointed that my prayer has been misinterpreted and misconstrued by some to fit a narrative that stokes resentment and greater division among portions of our population.

“Rather than reflecting on my faithful requests for community healing and reversion from our increasingly tribal tendencies, it appears that some have latched on to the final word of this conversation in an attempt to twist my message to God and demean me personally.

“In doing so, they have proven one point of my greater message – that we are all ‘soiled by selfishness, perverted by prejudice and inveigled by ideology’.”