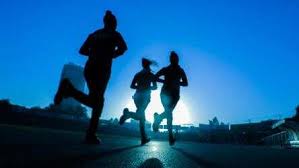 According to a new study published by the British Journal of Sports Medicine, male to female transgender athletes continue to maintain an advantage over females in sports, despite having taken feminizing hormones for one year.

The study’s findings, which were published in December, could entail that the one-year waiting period for transgender athletes in the Olympics is insufficient.

Dr. Timothy Roberts, the study's lead author, said that a two-year waiting period is likely more realistic and that trans male athletes still have an advantage over biological women.

“For the Olympic level, the elite level, I'd say probably two years is more realistic than one year,” Roberts said, according to NBC News.

In an email sent to The Christian Post on Thursday, Linda Blade, an athletic coach and founding member of Save Women's Sports, argued that “no amount” of hormones can ultimately change the fundamental distinction between males and females.

Concerning the study, Blade explained that the findings indicate that “a one-year reduction in testosterone by a trans-ID male does little to eliminate the physical features acquired throughout childhood and puberty that offer immense competitive advantage.”

"It is clear that no amount of hormonal reduction or time in that state will cause reduction in structural enhancement such as bone size, heart size, neural adaptations, blood volume, lung capacity, upper body strength and other attributes that impact sport performance," she asserted.

Regarding the rules set by the International Olympic Committee, Blade said her group hopes that the IOC will change its policies so that only biological females can participate in women’s sports.

Over the course of five years, Roberts, along with two other physicians, reviewed past medical records and conducted fitness assessments on 75 trans-identifying people of both sexes in the Air Force.

The assessment measured the number of push-ups and sit-ups a person could do in under one minute and tracked the time it took for each person to run 1.5 miles.

The physicians also reviewed when the transgender athletes took cross-sex hormones and noted the days when an individual’s hormone levels achieved the normal adult range for a person of the opposite sex.

During the two years of hormone usage, males identifying as female performed 10 percent more pushups and 6 percent more sit-ups than females. Roberts added that the numbers in respect to sit-ups and pushups became “fairly equivalent” after two years.

by Milton Quintanilla | Contributor for ChristianHeadlines.com